I am putting this down at 25% and marking it DNF for several reasons:

1. The writing style. It was slow and repetitive which made it quite boring, in my opinion. Which was so disappointing because I liked Chelsea Sedoti’s previous book, The Hundred Lies of Lizzie Lovett. In that book, I enjoyed how the secrets were slowly revealed and how the concept of perfect is fake. This book seems to have kind of the same motivation with the main character, Eldon, which I will get to in the next point.

2. Eldon. The main character, the only perspective the story is told, and the tragic teenager. He was an all-star football jock with a great girlfriend and a great family in his small town but then he falls from glory. His girlfriend wishes to be prettier and dumps him. His sister is dead (or dying/in a coma? It’s kind of unclear at this point) and he is no longer the all-star athlete as other teammates have wished to be the best. His history has darkened his future, I get it. But I found him to be profoundly irritating. He has the extraordinary opportunity to make any wish he wants for his 18th birthday and he hates it. I get that other people’s wishes have had a negative effect on his life but he is actively rebelling and avoiding making the choice of what wish to make, but it does not do anything to prevent him from turning 18. This story seems to be more about how he is the bitterly angry victim rather than the underdog hero.

3. His parents. I understand that they too are under a tremendous amount of financial stress, however, I think the author is trying too hard to make them (one in particular) either the scapegoat or the villains. The guilt trips and the manipulations are slightly redeeming when their wish history is revealed, however, it is still a little bit of overkill.

In conclusion, I did not like this book. It’s taken me 3 weeks of debating whether or not I should pick it back up again before I finally decided to let bygones be bygones. I am not writing off (pun intended) the author, Chelsea Sedoti. I am just going to be the opposite of Eldon and be optimistic that her next book will be better.

Please note: An electronic copy of this book was generously provided for free by the publisher via Netgalley in exchange for an honest review. 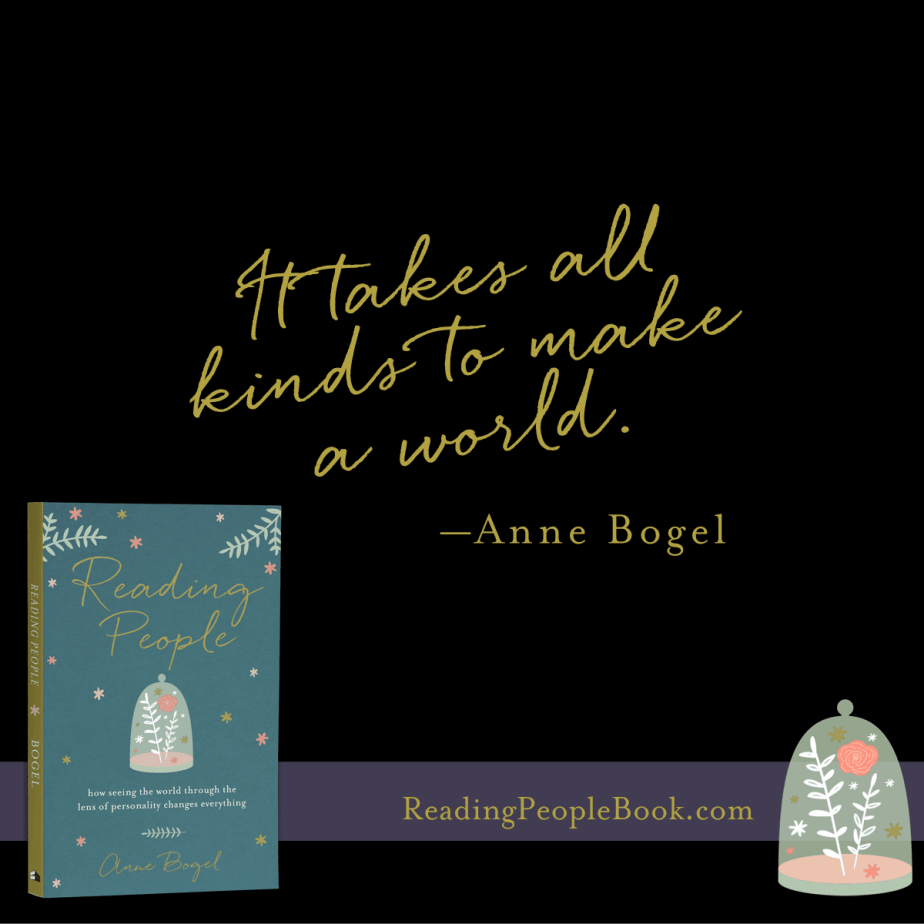 Thank you Pinterest! I ​was introduced to Anne Bogel’s work by Pinterest years ago by a pin about books that stemmed from her blog Modern Mrs. Darcy. I highly recommend her blog as it is a great resource for book recommendations as well as other fun lifestyle information. I also recommend her podcast What Should I Read Next? for all of anyone’s bookish needs :).

An in-depth yet easy to understand look into different personalities. It is also a look into the interactions of these distinct personalities and how conflict can be reduced by understanding how each person’s personality affects how they communicate. I really enjoyed how she broke down each personality type, gave strengths and weaknesses of each, and referenced other resources so that the reader can investigate further.

The section that made the biggest impact on me was the section about Highly Sensitive People. I have quite a few people in my life who would fit into this personality type and it completely opened my mind on understanding them. Also, it helped me learn how to be helpful when they are stressed. For example: keeping the kitchen counters clean. I wouldn’t have thought about the importance of it before reading this book.

Bonus: The audiobook is read by none other than the author Anne Bogel herself!

Please note: I received a hard copy of the book for free from the author in the encouragement of an honest review.